How Much Does it Cost to Raise a Family in Boston Compared to the Suburbs? 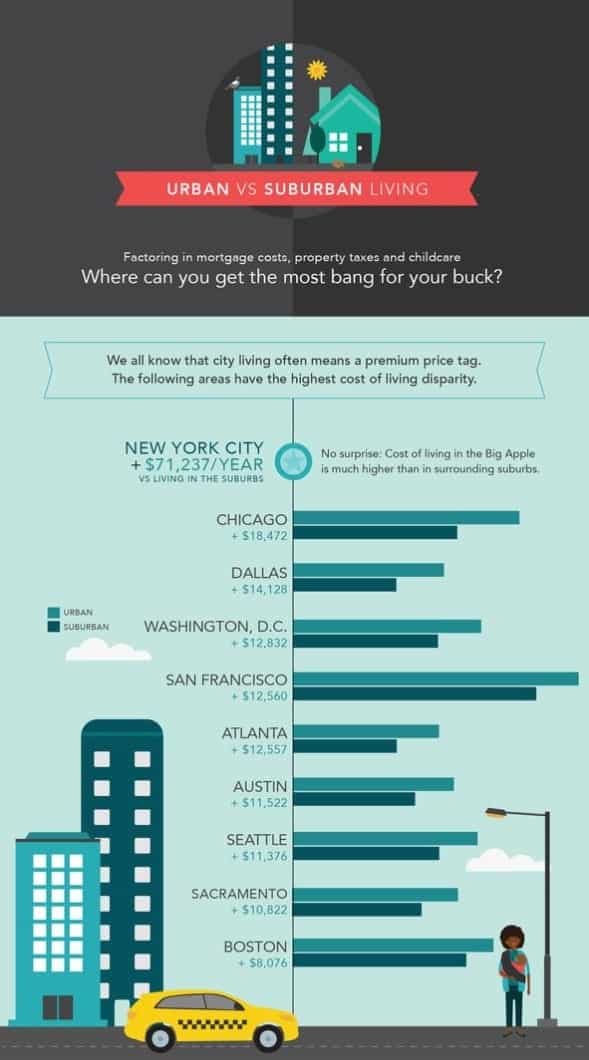 How much does it cost to raise a family in the suburbs vs. the city?

Care.com and Zillow.com teamed up to compare the costs of daycare and housing. To no surprise, Boston made the list of one of the most expensive cities to live in.

It is also $8,000+ more expensive to live in the city than it is to live in a suburb of Boston. Keep in mind, the cost of education wasn’t calculated into the mix, just the cost of daycare for two young children in a household.

There were some cities that made the list that were cheaper to live in than the suburbs of the city itself, including Boston’s neighbor, Providence.

What do you think of this data; do you agree with it? Does your family fall into this range for expenses?