Don Gavin: The Godfather of Boston Comedy at Salvatore’s Lawrence 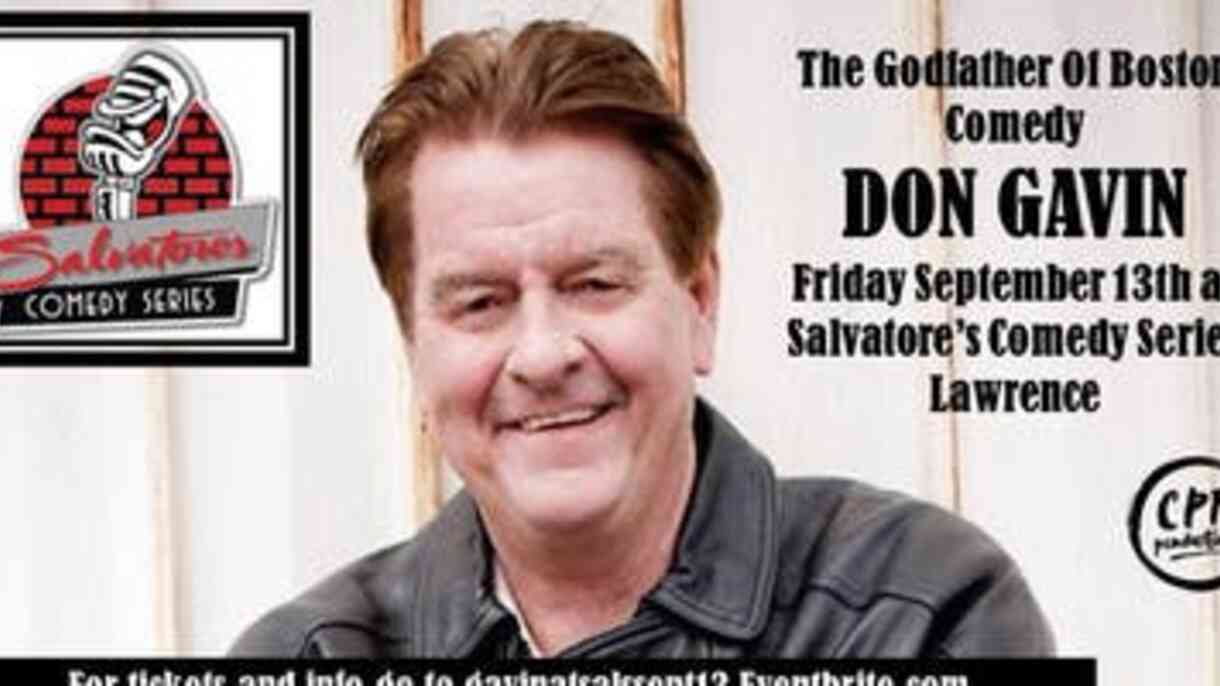 Come out to see The Godfather of Boston Comedy Don Gavin on Friday, September 13 with discount tickets! The Salvatore’s Comedy Series is kicking off the fall season with this hilarious headliner show. Other special friends will also join this popular comedy show.

Get your 50% off tickets here to see Don Gavin: The Godfather of Boston Comedy! Goldstar is offering these cheap tickets, but only available while supplies last. Be sure to reserve your tickets before they sell out. The show will start at 7:00 pm at Salvatore’s. Don’t miss this comedy show at in Lawrence, MA on September 13!