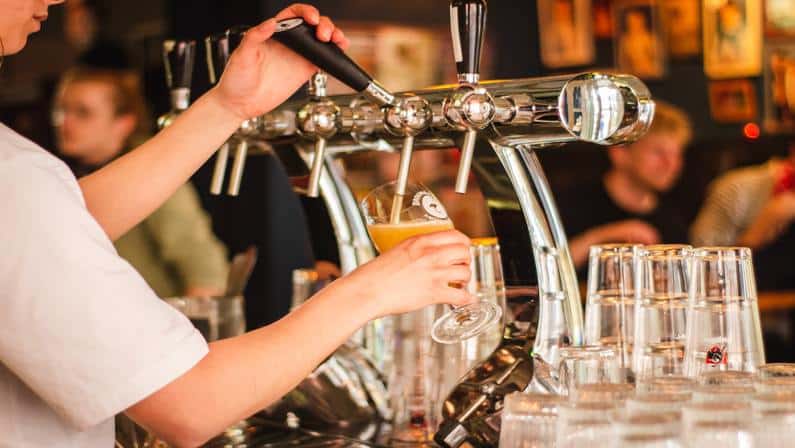 Are you looking to explore the best breweries in Boston? Check out this list of brewpubs, microbreweries, and breweries with food in and around Boston.

One of the most popular breweries in Massachusetts is Trillium Brewery, with locations in Fenway and the Seaport, as well as Canton. The farm-house inspired brewery was founded in 2013 and is considered one of the top ten breweries in the world, according to RateBeer.com. Try their Fort Point Ale or Congress Street IPA when you visit.

This micro-brewery not only features delicious craft beers, but also a full cafe espresso bar and patio garden. Located in the heart of Bow Market, Remnant is a great place to stop by and grab a beer after shopping around. This brewery and taproom recently expanded their space and often hosts live music, parties, and events. They’ve got an on-site BBQ restaurant and a back game room making it the perfect spot to head to for weekend fun in the city.

No stranger to the “best of” lists, Aeronaut Brewery is Somerville’s first brewery in over 100 years, is a must-visit. Aeronaut brews a variety of “innovative and scientifically-driven craft beers,” and you’ll find anything from sours to IPAs at the brewery.

Known best for its IPA, Harpoon is another brewery that you’ll want to check out when you’re in Boston. Started in the ’80s by three friends who loved beer, Harpoon’s expansive brewery hosts festivals and events like movie nights and road races. The brand collabs with other Boston companies include Dunkin’ Donuts (they even made a Jelly Donut IPA). Delicious beers, classic BBQ, and fresh coffee can be found at Winter Hill Brewery. The taproom, located in Somerville, hosts a variety of rotating seasonal beers, crisp pilsners and juicy New England IPAs. The taproom is open Wednesday through Sunday, both indoor and outdoor dining and reservations can be made in advance.

The Cisco Brewery pop-up in the Seaport is bringing a little bit of Nantucket to the mainland. The outdoor beer garden nestled in between the hustle of the Seaport not only features beers, but ciders, wine, and frose and a variety of food truck options. With three locations, Night Shift’s fresh, craft beer can be enjoyed in a variety of locations throughout the city. The Owl’s Nest is located on the Charles River Esplanade and is the perfect pit-stop in the summer to grab a beer and enjoy the sunset. Everett is home to the taproom and brewery, with indoor and outdoor seating and food trucks while the newly-added LoveJoy Wharf hosts more of the brewery’s “innovation” beer creations.

You’ll find savory, and fruity IPAs at Lamplighter’s Cambridge brewery. Their taproom recently reopened last month, and you can stop by Tuesdays through Saturdays, 11AM – midnight, and Sundays through Mondays, 11 AM – 10 PM, and taste some of their beers, like Birds of a Feather IPA.

Started by two brothers, Downeast Cider’s Cider House is open Thursday – Sunday, and also has an outdoor pop-up bar on the East Boston pier (with views of the skyline to boot). Try their Original Blend, a refreshing farm-fresh cider while you’re there.

And if you would like to get this delivered directly to your feed, give us a follow on Facebook by clicking the …next to the search lens icon